Paramount Business Jets provides the safest private jets at the best prices for all private aircraft charter services to and from Metropolitan Oakland International Airport.

Open 24 hours a day, Oakland International Airport lies across from San Francisco on the other side of San Francisco Bay, 10 miles (16 kilometers) south of Downtown Oakland, at 1 Airport Drive, Oakland, California 94621.

The most frequently chartered private jets to and from Oakland International Airport are the Citation CJ3 light jet, the Learjet 60 and Hawker 1000A midsize jets, the Challenger 300 super midsize jet and the Gulfstream G450 large jet.

Private Jet Charter to and from Metropolitan Oakland International Airport

There are several reasons that Oakland International Airport is the best airport for private and charter business jets flying into the San Francisco Bay area and the nearby Silicon and Napa valleys.

Even though it’s across the Bay from San Francisco, the much busier San Francisco International is located – almost equidistant in travel time – south of the city.

In fact, Oakland Airport, which is located 25 minutes from downtown San Francisco, is the closest airport to the San Francisco financial district, home to all the city’s Fortune 500 companies, including Charles Schwab, the Gap, McKesson, Pacific Gas& Electric, salesforce.com and Wells Fargo; and more than a dozen foreign embassies.

What is the airport code for Oakland International Airport?

The ICAO code for Oakland International Airport is KOAK and its IATA code is OAK.

The San Francisco-Oakland Bay Bridge offers easy access across the bay and into the heart of San Francisco – or the city of Oakland – by car or by Bay Area Rapid Transit (BART) trains that leave every few minutes from the airport.

Oakland International, which serves more than 12 million travelers annually, is operated by The Port of Oakland, which also oversees the Oakland seaport and 20 miles of waterfront. There is an aerospace museum and a golf course at the airport.

Oakland International Airport, which opened in 1927, will live in infamy as the place where Amelia Earhart took off on what would be her last flight. She was never seen again after trying to become the first woman to fly solo across the Atlantic Ocean in 1937.

As were many airports, Oakland International was a military base during World War II, returning to commercial service after the war.

Many elite travelers fly into OAK because it has easy access to all points around the Bay area. The FBOs at Oakland International promise to provide these A-listers – corporate travelers, passengers aboard chartered private jets and the general aviation community – with outstanding facilities that offer the best service and support. The FBOs, which operate 24 hours a day, offer aircraft maintenance, fuel, hangars, Immigration and Customs handling and any other services you need.

FBOs have to be approved by the Department of Homeland Security – in the wake of 9/11 – to be an access point, which means able to send business and corporate aircraft that have met the program requirements directly to Ronald Reagan Washington National Airport (DCA).

KaiserAir, has been serving private and chartered business jets in the San Francisco Bay area since 1954. The full-service fixed base operator, which also is a fixed base operator at the Charles M. Schulz County Sonoma County Airport in Santa Rosa, has fuel, hangar and ground handling services 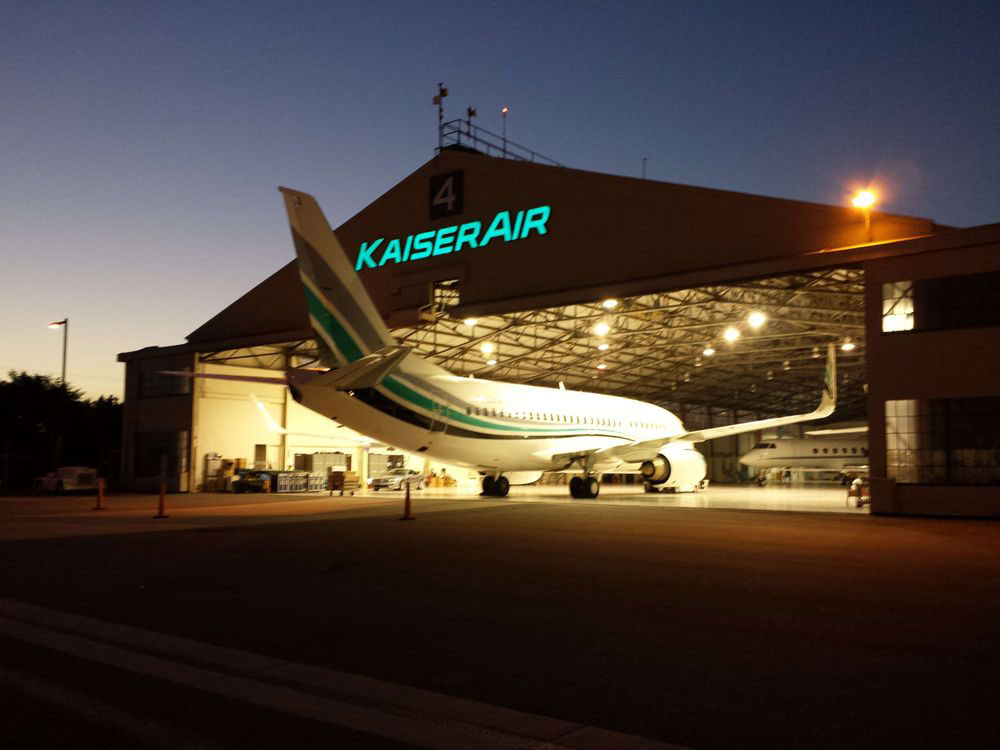 The Oakland Airport has long been the preferred airport for Silicon Valley. From there, it’s about an hour’s drive or easy to charter a private jet at OAK to get Sonoma County.

KaiserAir said its perfect safety record is proof of its ability to offer the highest level of safety and security in addition to the personal services that VIP travelers request.

Its clients include U.S. president, foreign dignitaries and royalty, celebrities and Fortune 500 executives.

KaiserAir got its start in 1946 as the flight department for industrialist Henry J. Kaiser’s aluminum, steel and shipbuilding companies. The company had business around the world and had to have a flight department that was safe and could deliver goods or services on short notice.

Because KaiserAir operates its own airline, it has the expertise and equipment needed to handle large aircraft, such as those carrying diplomats or sports teams. It has:

Signature Flight Support has the world’s largest network of fixed base operators. Oakland is one of its more than 200 locations that provide consistent and exceptional service to business and private aviation, including refueling, hangars, aircraft maintenance, repair and overhaul, and a variety of other amenities and customer service.

Signature Flight Support grew to become the world’s largest FBO operator after Page AvJet and Butler Aviation merged in 1992. Its amenities include: 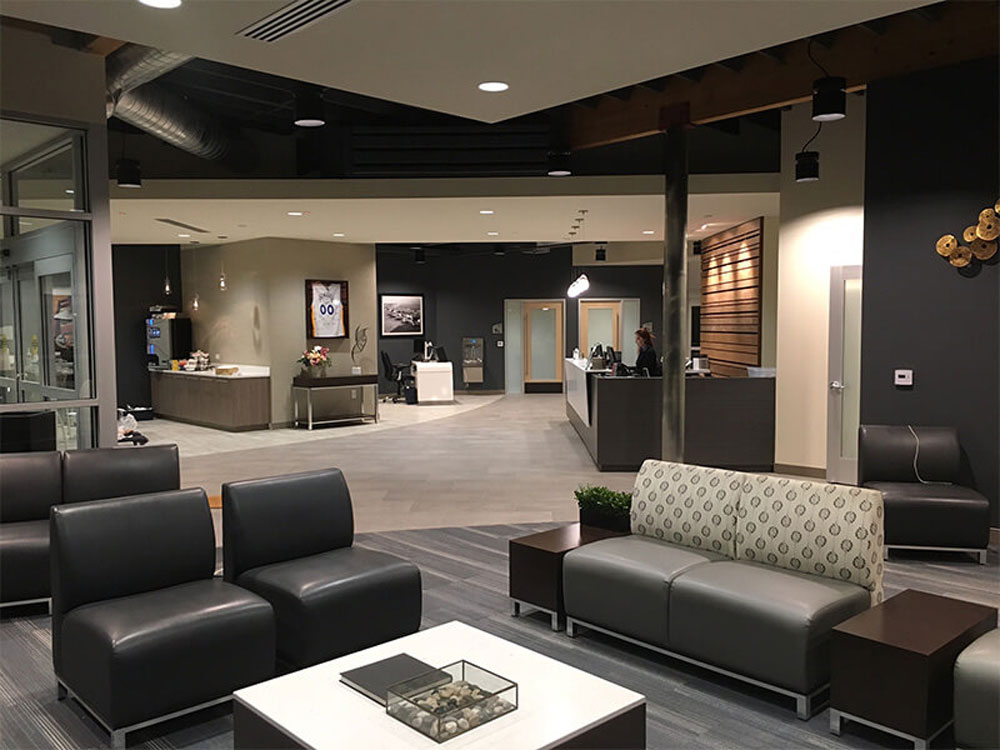 (The tallest building in San Francisco, the Transamerica Pyramid, lets you know that you are in the heart of San Francisco’s financial district. Built in 1972, it is 850 feet tall.)

Dozens of countries have consulate generals or offices in the financial district, including:

For almost 50 years, elite fans of the Golden State Warriors have flown their private or chartered business jets into Oakland International Airport to watch the Warriors in Oracle Arena, which is less than four miles from the airport. They only have one more season to do that. The Warriors will move to their new home, Chase Center, in San Francisco’s Mission Bay neighborhood for the 2019-2020 season. But, wait. Oakland will continue to be a viable – and perhaps even better option than the slightly closer but much bigger San Francisco International Airport (SFO). Chase Center is 12 miles from SFO and 18 miles from OAK but, the travel time is about the same, 20-30 minutes, depending on traffic.

Napa Valley is so close

Visitors go all year long for the wine, of course, but VIPs go to take part in one of the hottest annual events in Napa Valley – the Napa Valley Film Festival, which is held in November. More than 100 new independent films and studio sneak previews, as well as intimate Q&A sessions with filmmakers take place in wineries and theaters in beautiful Napa Valley towns such as Napa, Yountville, St. Helena and Calistoga. There is food, wine, celebrities and hobnobbing with fellow A-listers for the attendees who arrive by way of a chartered business jet into Oakland International Airport. Napa is less than an hour’s drive from OAK. It is also possible to charter a private jet at OAK and hire a private jet or helicopter into the Napa County Airport.

There are patron circle VIP passes available for A-list visitors. Pay from $2,500 to $25,000 (tax deductible) to get to experience things such as: