Paramount Business Jets provides the safest private jets at the best prices for all private aircraft charter services to and from McCarran International Airport.

Private Jet Charter to and from McCarran International Airport

But, as it grows in size and importance, Las Vegas is becoming an international destination for many more things than its renowned Strip. 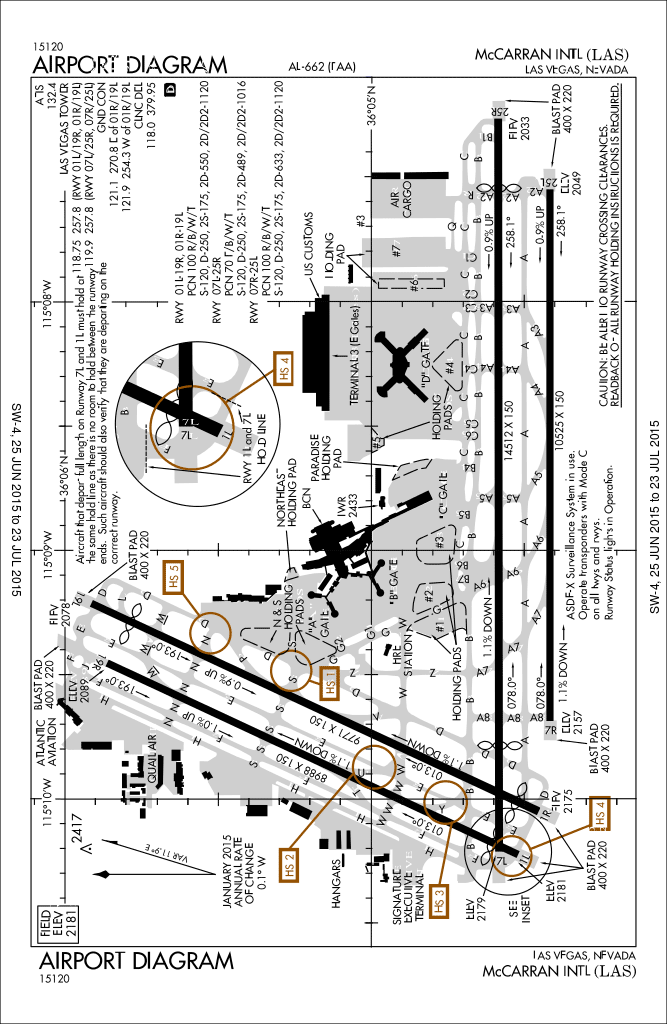 Many VIPs and A-list travelers hire private charter jets to McCarran to see boxing matches, famous entertainers and any of a growing list of annual events that are held there, including the popular Consumer Electronics Show, which is held every January at the Las Vegas Convention Center.

In fact, in 2015, so many private charter jets flew in for the historic Mayweather-Pacquiao boxing match that the private jet parking lot at McCarran International Airport was as packed with planes as a shopping mall is packed with cars during the holidays.

The lights of the Vegas Strip are visible as you fly into McCarran, which is located five miles south of the center of Las Vegas.

Rented charter jets can use the Executive Terminal reserved for private jet use or use the main terminal where travelers in search of Lady Luck try their hand at the rows and rows of more than 1,400 slot machines that fill the gate areas.

What is McCarran International’s airport code?

McCarran International Airport is actually located in Paradise, Nevada, not Las Vegas. But, don’t let that fool you. It’s only five miles from the center of the city. Part of the Strip is also located in Paradise. It’s the main commercial airport in the Las Vegas Valley metropolitan area.

It is ranked 15th in the world in terms of passenger traffic, serving about 40 million travelers a year. About 60 commercial and private planes take off every hour from McCarran.

The airport was named in 1948 after Pat McCarran, a senator from Nevada from 1933 until he died in 1954. He authored the Civil Aeronautics Act of 1938, which encouraged the growth of civil aviation.

And here’s a fascinating fact, despite the air traffic from all over the world, most of the flights in and out of McCarran come and go to California and many of those are chartered private jets.

If you are a VIP, a celebrity or an A-list traveler, you will fly your rented charter jet or your own private plane into the McCarran Executive Air Terminal.

Two fixed base operators (FBOs) will attend to your every need.

Signature Flight Support and Atlantic Aviation serve the needs of general aviation passengers outside the main concourse. Both operators are open 24 hours a day to provide things such as valet and shuttle services, showers and other amenities for the flight crew, ramp Wi-Fi and places to eat and nap. They will also insure your privacy.

Special events often see more private jets coming into McCarran than it can handle but it is constantly changing and upgrading to handle the increased number of private jets.

Airport officials reportedly don’t ever again want to be on the ropes as they were when 1,000 private jets overloaded the airport’s capacity in May 2015 for the Mayweather-Pacquiao fight. Every available square inch was turned into makeshift jet parking lots and hundreds of planes were parked at nearby Henderson Executive and North Las Vegas airports. 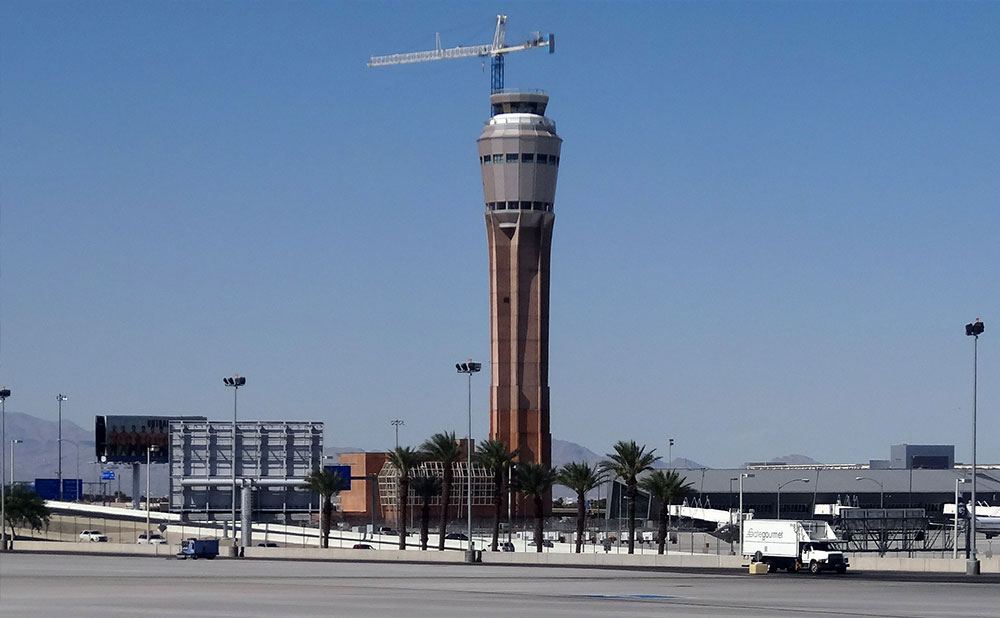 There are no slots in the Executive Air Terminal but there are plenty – some 1,400 – in the airport’s other two terminals.

There are one-cent, two-cent, nickel, quarter and dollar slots in Multi-Game Poker, Reel Slots and Video Reels formats. (If you tire of gambling, you can check out the airport’s Howard W. Cannon Aviation Museum where you can learn about early flight in southern Nevada. The museum on the second level of Terminal 1.)

Just how hot is Las Vegas?

In the summer, it’s hot, very hot. The average highs in June, July and August are over 100 degrees with May and September in the high 90s. But, since it’s the desert, it cools down at night unlike the tropics of Florida. But, be prepared for temperatures as high as 115 in the summer.

In the winter, highs hover around 60 and can get near freezing at night.

Many believe the best time to visit Las Vegas is between March and May. The temperature is around 80 and the beautiful flowering desert plants are in bloom.

Why charter a private jet into McCarran?

There is always something going on that draws visitors in private charter jets to Las Vegas.

Here are some of the annual events in Sin City (the nickname given Las Vegas, according to history.com, in the early 1900s when organized crime, illegal gambling and prostitution were rampant):

Held in January, this electronics show draws people from around the world who are in the business of consumer technologies. For 50 years it has been the global stage where next-generation innovations are introduced to the marketplace.

Held in March, this is one of the biggest racing weekends of the year with some 70,000 people filling the stands at the Las Vegas Motor Speedway.

Held in March, this is a demolition derby of monstrous proportion with big trucks and lots of noise.

This three-day fundraiser for UNLV is in April and features food from local restaurants, beer and wine, wine, wine.

In April and again in October, Motley Brews brings together Nevada breweries and regional breweries to pour samples of their beers in a two-day event. There is also live music and food from local restaurants.

Held over two days in May, this upscale and quick-to-sell-out food-and-wine event draws famous chefs and massive crowds.

Every year in June and July, some 7,000 poker players gather to compete for big prizes. The Main Event Final Table has a $10,000 buy-in to win around $10 million.

This September event features many of the acts that have appeared at more famous music festivals like Coachella and Lollapalooza. Artists paint the town and famous chefs bring their famous dishes.

The Fetish and Fantasy Halloween Ball, sponsored by sex toy and pornography companies, may sound like someplace you’d never go but it’s been named “One of the Top 10 Events in the World” by the Travel Channel; “One of 5 Top Events to see before you die” by Maxim; and “The World’s Wildest Halloween Party” by Bizarre Magazine. Seems worth checking out.

Professional Bull Riders from around the world take to their bucking bulls every year for a week in late October and early November.

This Super Bowl of Rodeo is a 10-day event in December. Called “Cowboy Christmas,” it includes lots of side events and exhibitors selling saddles, 10-gallon hats and all the cowboy gear you can imagine.

If you are looking for a big party, this is the biggest. Hundreds of thousands of people gather on the Strip to celebrate and see fireworks.

No matter what kind of music, jokes or entertainment you like, there is an act in Vegas that will suit you. The 2018 performers at Caesars Palace include:

First there was the Vegas Golden Knights, a professional ice hockey team that made it to the Stanley Cup Finals in its first year of play, the 2017–18 NHL season. It is a member of the Pacific Division of the Western Conference.

And, in 2020, the city will get a professional football team when the Oakland Raiders move to Las Vegas.

Las Vegas is a popular private jet charter destination of choice. Here we have compiled ARGUS (Aviation Research Group United States) data showing the top 10 most traveled routes using private jets from Las Vegas to destinations throughout the United States. We have also included the average prices for those charter flights.

As seen in the infographic below the most popular charter flight route is from Las Vegas to Los Angeles with a total of 1,343 flights in 2016 with an average of 112 flights per month. The advantages of knowing the popular routes are that the pricing is more likely to be competitive, private jet flyers have more aircraft options, and the chances of finding discounted empty leg flights are more likely.

At Paramount Business Jets we have access to the largest selections of empty leg flights available to and from Las Vegas. In the infographic below, we have estimated one way as well as round trip prices with same day return. However, it is possible that we may find an empty leg flight matching your dates of travel (we will check at the time of inquiry). This could save you up to 75% of the cost a regular charter flight.

Here are the top 10 Las Vegas private jet charter routes with average pricing and popular aircraft options. For more information please call us at +1-877-727-2538 or get a quote online.