Paramount Business Jets provides the safest private jets at the best prices for all private aircraft charter services to and from Farnborough Airport.

Farnborough Airport is open from 7 p.m. to 10 p.m. Monday through Friday and from 8 a.m. to 8 p.m. on weekends and holidays. The airport is located southwest of London (one hour by car), at GU14 6XA, Farnborough, Hampshire, England.

Private jets available for charter to and from Farnborough Airport include the Citation Bravo light jet, the Hawker 900XP midsize jet; and the Gulfstream G450, Challenger 605, Legacy 600 and Falcon 900EX large jets.

There is direct ramp access to the aircraft at Farnborough Airport as well as electric car parking (charging stations), private lounges, concierge and pet services and on-site customs and immigration clearance.

Private Jet Charter to and from Farnborough Airport 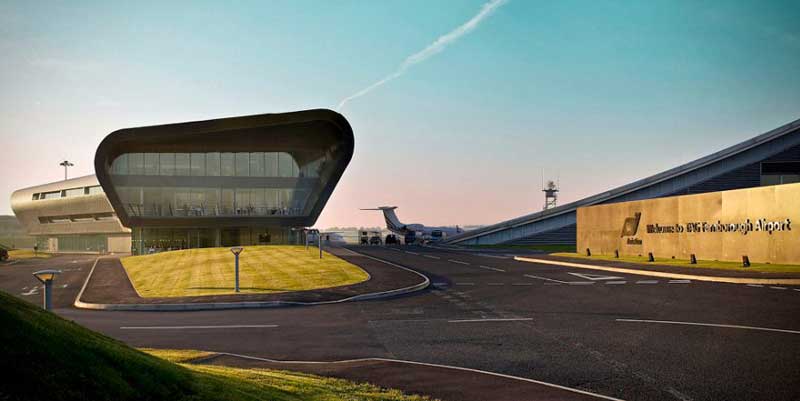 Farnborough airport’s sleek modern exterior design gives it the appearance of a window to the world. Source.

Private charter jets are flying into Farnborough Airport - nicknamed the Business Aviation Gateway to London - in record numbers. And that’s all because of the amenities, privacy and luxury Farnborough affords its guests.

It has earned its reputation as one of Europe’s most luxuriously modern business aviation airports.

The airport and its personnel are dedicated to meeting each customer’s unique needs. Privacy and discretion are a top priority of the staff.

Passenger services available at Farnborough include:

TAG Farnborough Airport, as the airport is also called, has won many accolades, including being named the No.1 Fixed Based Operation (FBO) airport in the world. It is the only London airport dedicated exclusively to business aviation.

The airport’s sleek modern exterior design gives it the appearance of a window to the world. There is easy access to several major highways into London. There is also easy access by train - a 30-minute ride to the city - or helicopter – 12 minutes to London Heliport.

Its record - and continuing – growth is proof that Farnborough’s popularity continues to soar among discerning travelers who charter private jets into London and surrounding areas.

There are many reasons to choose Farnborough for private jet charter travel over any of London’s five major airports:

Where is Farnborough Airport?

How can I hire a private charter jet into Farnborough Airport?

Paramount Business Jets is among the private jet companies providing service into and out of Farnborough Airport.

What is the Farnborough airport code?

How long does it take to get to London from Farnborough?

There are several ways to get from Farnborough to London. It takes about an hour by car, a half-hour by train or 12 minutes by helicopter.

The History of Farnborough

Farnborough has been known for aviation since it was the location of the Royal Balloon School in the beginning of the 20th century.

It was owned by the British Ministry of Defense during World War I, World War II and four decades of the Cold War. When the government decided it was no longer needed for the military, it was put up for sale in the early 1990s. TAG Aviation was the winning bidder and, after much planning and redevelopment, signed a 99-year lease to operate the airport for business aviation in 2003. 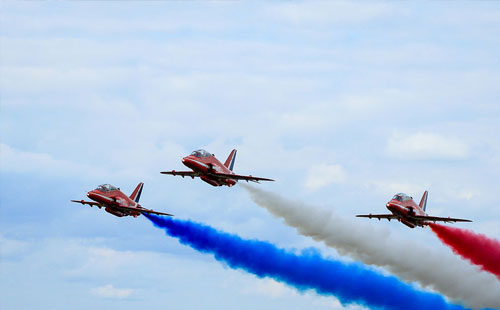 The Farnborough International Airshow one of the world’s foremost aviation events.

Since its opening to the public in 1948, the Farnborough International Airshow has become one of the world’s foremost aviation events. With origins in exhibitions by the Royal Air Force and Society of British Aircraft Companies, the Airshow takes place in mid-July every two (even-numbered) years.

The first five days of the airshow is for trade, makers and suppliers of civilian and military aircraft show off their new products to potential buyers. The last two days of the week-long event are open to the public.

Plane manufacturers, Airbus and Boeing, usually battle for top sales at the show every year. In 2016, $124 billion of orders were placed for almost 900 aircraft.

Things to know if you go

To do and see near the airport