Paramount Business Jets provides the safest private jets at the best prices for all private aircraft charter services to and from Chicago Midway International Airport.

Chicago Midway International Airport is open 24 hours every day. The airport is located about 10 miles (16 kilometers) southwest of the center of Chicago at 5700 South Cicero Avenue, Chicago, Illinois 60638.

Private jets available for charter to and from Midway International Airport include the Beechjet 400A, Citation Encore and Learjet 35A light jets; the Learjet 45 and Citation Excel midsize jets; and the Falcon 900 EX, Challenger 601 and Gulfstream IV-SP large jets

Chicago Midway International Airport offers a wide range of top-notch airport amenities such as luxurious ground transportation services and will take care of your hotel reservations. It also has excellent conference rooms and comfortable snooze rooms.

Private Jet Charter to and from Chicago Midway International Airport

Chicago Midway International Airport is a great option to avoid the chaos at Chicago O’Hare International, the city’s major airport.

Located only eight miles from Chicago’s Loop, Midway handles more than 22 million passengers on 250,000 flights annually. And, the best thing is that the private section of the airport has amenities that go above and beyond those of many other smaller airports.

Whether you rent a private jet to MDW on business, charter a private jet out of MDW after meeting up with your Northwestern, Loyola, University of Chicago or other college buddies or hire a private jet at MDW to go shopping and see the sights, you’ll find that Chicago Midway is indeed your best option.

For while it’s smaller than O’Hare, MDW is by no means a small airport. According to the Federal Aviation Commission, Chicago Midway, in 2016, was the 25th busiest airport in the country.

There are two fixed-base operators at Chicago Midway International Airport to meet the needs of elite travelers in their own or chartered private jets. They are: 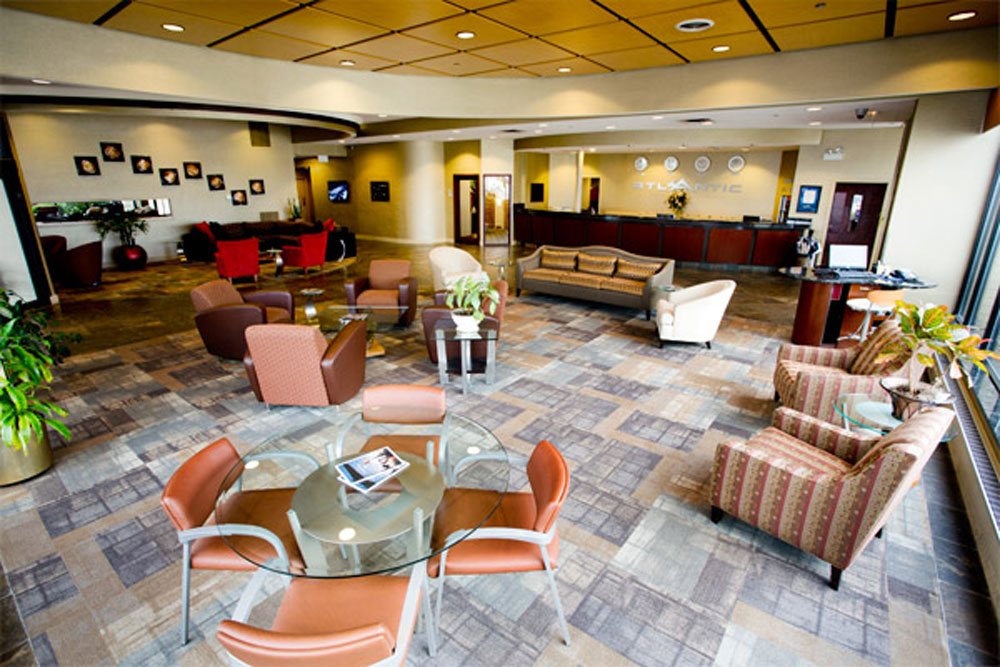 Everything you need – and an Egg McMuffin, too. A reviewer on Signature’s website talks about skipping the breakfast they had planned after their guests showed up earlier than expected for the flight. They loaded up the plane and got ready to go and just as they were ready to leave, a Signature employee ran up and handed them a bag of McDonald’s breakfast sandwiches. A kindness they appreciated. If you don’t need a Sausage Biscuit, here are some of the other amenities Signature offers: 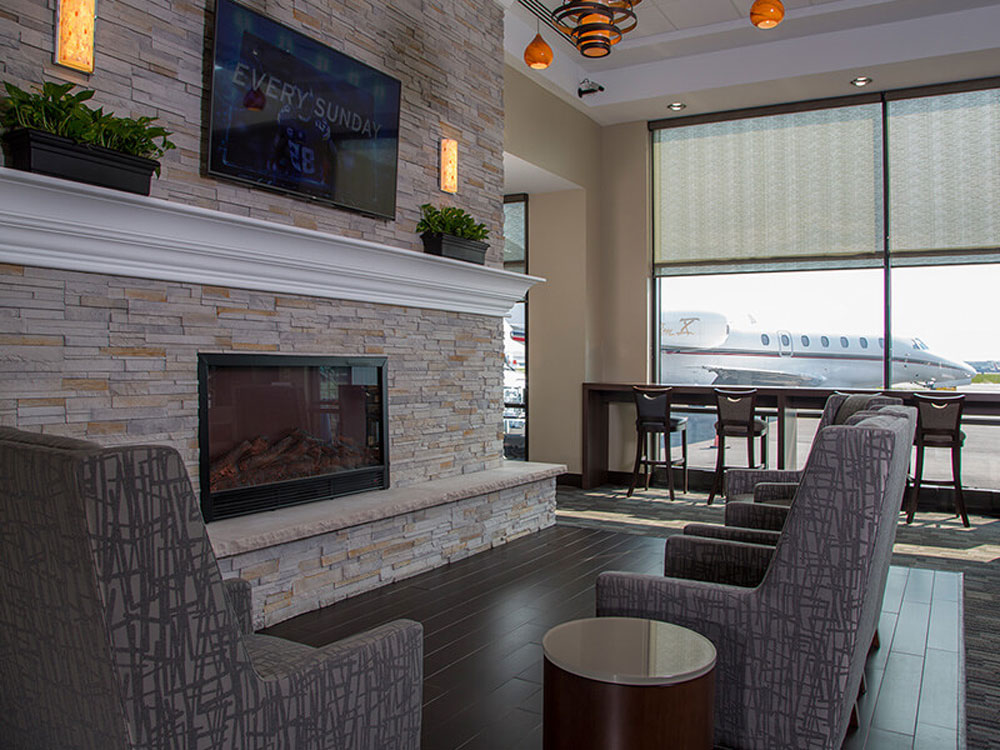 Midway has had its ups and downs

Chicago Municipal Airport, which opened in 1927, was renamed Chicago Midway in 1949 in honor of those who fought and served during the Battle of Midway in 1942. (The Battle of Midway took place on a tiny cluster of islands, the Midway Atoll, in the Pacific Ocean. These islands are roughly midway between Tokyo and San Francisco.

Before 1962, when O’Hare International and its longer, larger runways took over as Chicago’s major airport, anyone who was anyone, flew into Midway. There are photos showing the rich and famous – and elected – getting on and off planes there. Marilyn Monroe, Frank Sinatra, Richard Nixon and even Prince Charles used the famous airport.

Here are some important dates in the history of Midway International Airport from the Chicago Department of Aviation:

There are so many things for A-list travelers to do and see in the Windy City – which it was nicknamed, by the way, more than 100 years ago, not because of environmental gusts but because of boasting and “windy” politicians.

Go to the theater

You can find out what’s playing here.

Every year in mid-November, Chicago kicks off the holiday season with the Magnificent Mile Lights Festival.

Come for a sporting event

The Cubs, the Bears, the Bulls and the White Sox oh my.

First staged in 1901, The Chicago Auto Show is the largest auto show in North America and one of the oldest. Held annually in February in the McCormick Place complex, the show has nearly 1,000 domestic and imported cars, trucks and SUVS, concept cars and antique and collector cars on display.

There is the Chicago Blues Festival and the Chicago Jazz Festival but nothing rocks the Windy City like Lollapalooza. It began in 1991 by Jane’s Addiction leader Perry Farrell with Chicago being one of 20 cities in the U.S. and Canada chosen for his band’s farewell tour. Farrell claimed that he chose the festival’s name—an archaic word meaning “extraordinarily impressive”—after he heard the word used in a Three Stooges film, according to Britannica.com. The festival has stopped and started over the years – it was losing money – until 2005 when it became an annual Chicago destination festival. It’s held in August in Grant Park. If you really want to be treated like a rock star, buy platinum tickets and get front row and side-stage views, complimentary food and beverage and access to VIP lounges.

The Oscars of Food

The James Beard Foundation handed out its awards to restaurants and chefs in New York City for more than two decades before moving the ceremony, held every years during the first week of May, to Chicago – one of the nation’s hottest restaurant cities – in 2015.

The event draws thousands of chefs, restaurateurs and food writers to Chicago. Tickets sell out quickly.

The event includes the James Beard Eats Week, in which some 100 top chefs in area restaurants create James Beard-inspired dishes.

Dance and nosh with celebs

Looking to hang with the rich and famous? Check out these places celebrities frequent:

The Underground is the place to go to see and be seen after the bars close. At 11 p.m., you may be the only one in the place but a few hours later, the place is packed with crowds dancing to house music and hip hop.

RM Champagne Salon is located in a lofted building at the end of a cobbled alley that leads straight to its courtyard. Its food as well as its brick walls, fireplaces, candles and chandeliers are very Parisian.

Three Dots and a Dash is a rocking tiki bar in a back alley in River North. Its VIP service includes a private back entrance. You can order one drink or a beautiful bowl of drinks to share with your friends. Reservations accepted – and recommended.

Hub 51 has food to suit any taste. It boasts about its brunch but, later in the day, it has tacos, sushi, salads and an enormous cocktail menu, which includes Hub Punch. After your meal, head downstairs to Hub 51’s sister lounge, Sub 51.

While Chicago is known for its steaks, there’s no place quite like the Chicago Cut Steakhouse to enjoy your favorite cut. Inside, you’ll find luxurious leather couches and floor-to-ceiling windows that look out over Chicago Riverwalk and downtown Chicago.

There’s nothing Old World about the RPM Italian, a sleek and modern restaurant where you can sit in the main dining room or ask for your own private dining room. The restaurant is owned by reality TV stars, Bill and Giuliana Rancic.

There’s so much to see and do in at Chicago that it will come as no surprise that Chicago Midway International Airport (MDW) finds itself in our list of the top 10 US airports.

Originally a small trading post located at the Chicago River’s mouth, Chicago has grown into one of the most popular cities in the US. It’s easy to see why, too. It might not be widely known for Michelin star cuisine but the Chicago Pizza is one of the most famous in the world. The Chicago Bulls play in the Windy City, and the Chicago River is dyed green on St. Patrick’s Day in another tourist-drawing activity. The state also has a strong association with jazz, dating back to the 1920 gangsters like Al Capone, as well as the Sears Tower and a multitude of museums.

If you’re flying to Chicago Midway International Airport, you may want to consider hiring a private jet. If so, we have some information which can help you. Below you’ll see a graphic which shows you some of the most common routes from MDW. It includes the times, distances and prices for each route to give you an idea of how much you can fly for.