Paramount Business Jets provides the safest private jets at the best prices for all private aircraft charter services to and from Biggin Hill Airport.

Biggin Hill Airport is open from 6:30 am to 10:30 pm on weekdays and from 8:00 am to 10 pm on weekends and during public holidays. It is located about 14 miles (22 kilometers) south-southeast of Central London.

One of the most comfortable services that are provided by the Biggin Hill Airport is heli shuttle. It’s the quickest 6 minutes transfer to and from the heart of London. Additionally, you can use a ground transfer option, such as chauffeur service. The London Biggin Hill Chauffeur Service is operated by Lloyds of Bromley who have in their offer a variety of prestige vehicles including a selection of Mercedes S-Class and V-Class MPV’s.

Private Jet Charter to and from Biggin Hill Airport 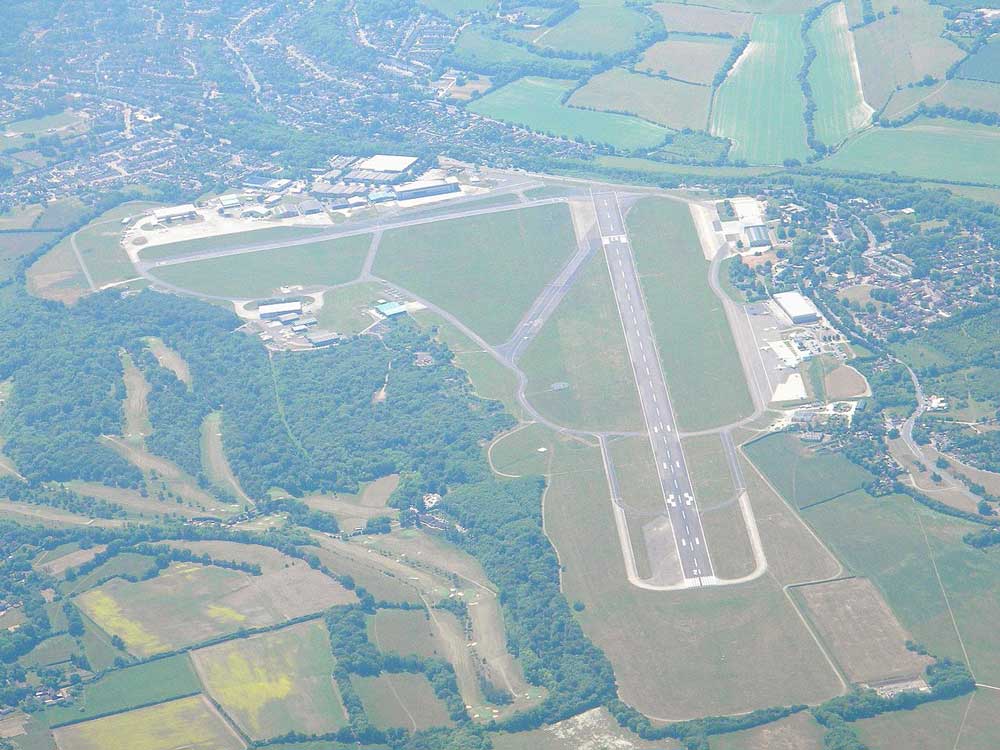 Once a busy Royal Air Force base that played an important role in the Battle of Britain during World War II, it is now an important London business gateway and one of the busiest business aviation airports in Europe.

Relics and memorials to the past remain, as the airport, located 12 miles southeast of the heart of London, develops into an important business center for aviation and technology.

The transformation of the airport has taken place over the past 40 years but speeded up in 2011 when it was selected by city officials as a Strategic Outer London Development Center because of its potential for business investment.

What is the airport code for Biggin Hill?

The ICAO airport code for Biggin Hill is EGKB; the IATA code is BQH.

Can I rent a private jet at Biggin Hill?

Whether coming into London on business, either at the airport itself or in the city, it’s easy to charter a private jet. Biggin Hill has quick and convenient access to the heart of London -- 6 minutes by helicopter, 15 minutes by train or 50 minutes by car or bus.

It is one of three airports within Greater London, along with London Heathrow and London City airports, but Biggin Hill is, by far, the favorite landing spot for chartered private jets and business jets.

Why is it a good idea to charter a private jet? 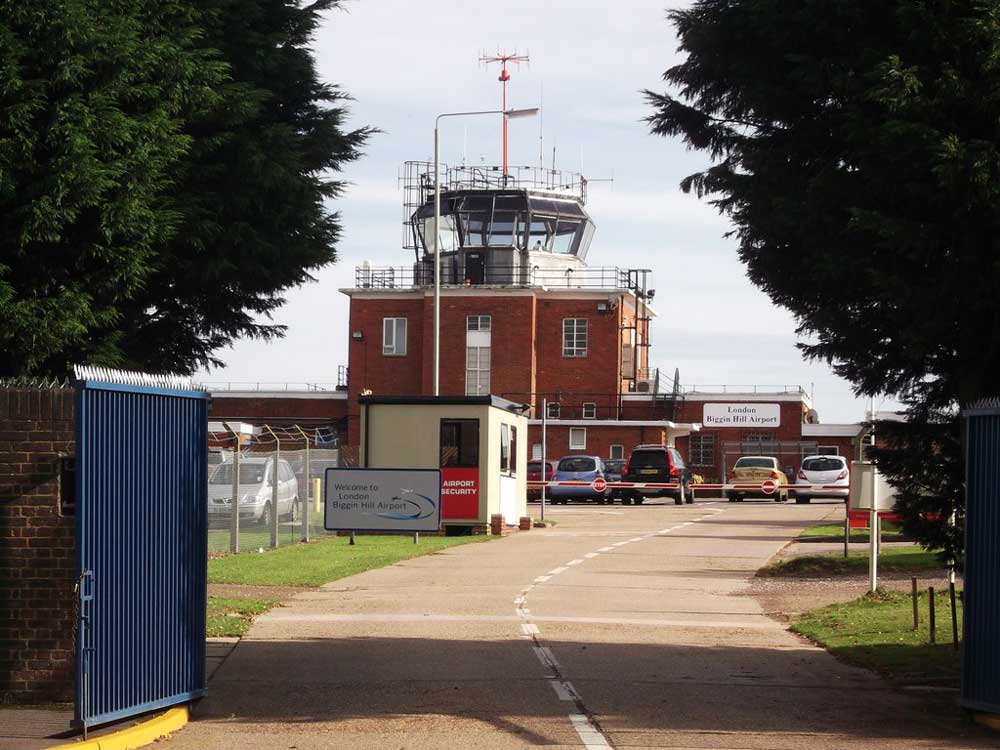 The skies above London Biggin Hill are filled only with private or chartered jets – or they soon will be. There are no scheduled commercial flights out of Biggin Hill. Commercial flights are forbidden. Its 1.1-mile asphalt north-south runway is used exclusively by business and general aviation jets, both chartered and privately operated to carry executives and A-list travelers. It also serves some miscellaneous operations like air ambulances.

Soon, there will be no student pilots in the skies above Biggin Hill. For 70 years, the airport has also included flight schools, but that will be coming to an end as it continues to put its main focus on business. The licenses for the flight schools have not been renewed because of safety issues of having too many planes flying in and around the airport.

The airport said the increase in private jet charter traffic has made flight patterns more complex, making it impossible to “maintain high safety standards to which the airport operates” if it allows flight schools to continue operations there.

In March of 2018, Will Curtis, airport managing director said, “We are really sad about having to do this. Flight schools are part of the airfield’s long tradition, but we have to put safety first.”

How easy is it to get into Biggin Hill on a business jet?

In 2010, Biggin Hill served flights to and from 750 destinations. That’s triple the number of all the other London area airports combined.

Biggin Hill is consistently listed as one of the 15 busiest business aviation airports in Europe and is the third busiest in the United Kingdom, behind Farnborough and Luton.

It knows it will never be a Heathrow or a Gatwick, but it doesn’t want to be. It wants to be a business aviation airport offering an alternative to large commercial airports for private and charter jets.

The airport continues to look at ways to improve the way it serves the growing market for business jets. It will offer shuttle services for travelers who want to charter a private jet.

Why is Biggin Hill more than just a runway? 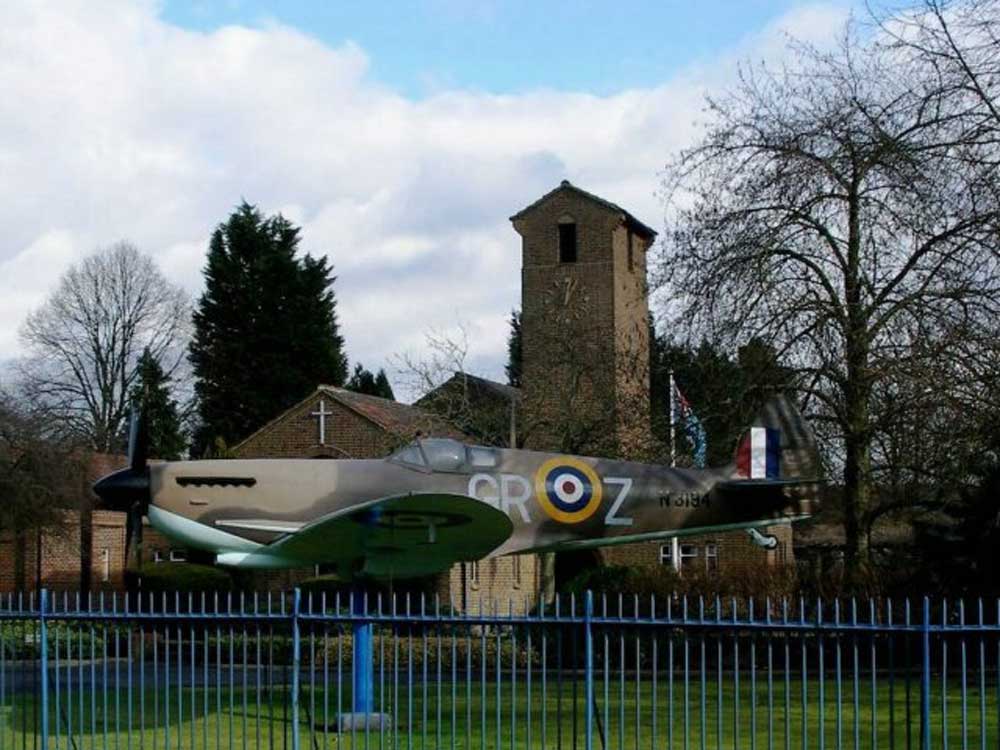 As one of Europe’s busiest business airports, Biggin Hill prides itself on being more than just a place where planes take off and land. It has attracted some 65 companies that employ 1,000 workers, many in highly skilled jobs in the aerospace industry.

Among the businesses it has attracted in its official role as the Strategic Outer London Development Center are General Dynamics, Rizon and is home base for Formula 1 and its air fleet. Hundreds of other aircraft and business jets are located at Biggin Hill.

And yet, it never forgets its place in history.

Biggin Hill Airport is divided into several different areas the airport calls “camps” in addition to the core airport operations area that includes a modern terminal, air traffic control tower and hangars. The south and west camps are areas with the potential for development, including more business headquarters or branch offices as well as more hangars.

The RAF Biggin Hill, located in a small enclave on the airport’s western edge, is the headquarters of the 2427 Squadron of the Air Training Corps. Other historic buildings on the airport grounds are:

The east camp has been set aside as a place for aviation-related activities, museums or historical centers. There is also an industrial/business center that provides space for high-quality businesses.

The airport is working on a hotel and leisure hub in which a new boutique hotel will be located. The airport got the approval to go ahead with construction in late 2017.

The hotel, which is expected to be used mostly by arriving pilots and crew members, will have 54 rooms, a restaurant, lounge and a gym. It will also be a place that operators and engineers can stay when in town to work on aircraft at Biggin Hill.

“The hotel is a key part of the equation to ensure that London Biggin Hill continues on its journey to become one of the best equipped and most easily accessible business aviation airports in the world,” Robert Walters, business development director, said on the London Biggin Hill Airport’s website.

What events are held at Biggin Hill Airport? 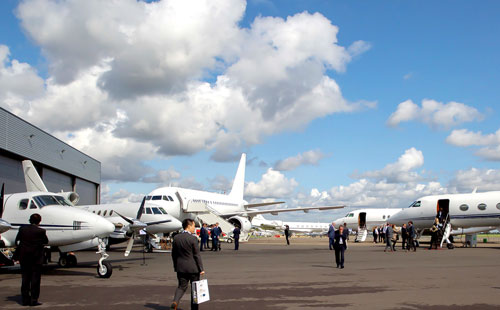 Biggin Hill Airport is located – as its name implies – on a hill about one mile north of the town of Biggin Hill in London’s Bromley Borough. Leaves Green, a small village is adjacent to the airport.

Its annual Festival of Flight, which replaced, on a smaller two-day scale, the Biggin Hill International Air Fair last held in 2010, will celebrate 100 Years of the RAF on Aug. 18-19, 2018. The airport promises it will be “an unforgettable weekend at the scene of one of the world’s most famous battlefields – the skies above Biggin Hill.”

The Air Charter Expo is also held at Biggin Hill every alternate year.

Biggin Hill is best known for its frontline role in the Battle of Britain in World War ll. However, it’s also the place where the process of identifying and intercepting enemy aircraft and radio communication was developed.

The festival will also look to the future as it unveils its proposal to build London Aerospace & Technology College, hoping to inspire the younger generation to pursue a career in aviation.

Biggin Hill has a sister in the U.S.

In 2013, Biggin Hill entered into a transatlantic initiative to team up with Teterboro Airport in Bergen County, N.J.

In fact, Biggin Hill is now attracting the private aviation industry to the airport as Teterboro has already done.

Biggin Hill’s aim is to become the high-tech hub of south London, adding high-tech companies and jobs to its grounds.

Biggin Hill through the years

When Biggin Hill opened in 1917, it was a testing park for wireless air to ground communication systems. It was also a London air defense base equipped with Bristol fighters, the famous jets with bright red roosters painted on their fuselages.

Biggin Hill is best known for its role during the Battle of Britain in World War ll when 453 Biggin Hill-based pilots downed 1,400 enemy aircraft.

Here is its history, according to the airport’s website: