Charter a Private Jet to the Farnborough Air Show

Some of the 200,000 people who attend the weeklong Farnborough International Airshow every year go to the charming English town 35 miles southwest of London to make business deals.

The rest of us go to get sneak peeks at really cool new things like hovering aircraft that look like spaceships.

The first five days of the airshow are for tradespeople. The last two days are for the public.

If you’d like to go to Farnborough, which calls itself the "world’s greatest airshow", Paramount Business Jets can arrange a charter flight for you into any nearby airport, including:

Booking early has many advantages. Enter a few details below to start planning your private jet flight to the Farnborough Air Show.

What You Will See

The show isn’t only for wealthy executives meeting with airline manufacturers to secure a deal on a fleet or two.

Many of the people who go are simply fans. Aircraft groupies. They call themselves "avgeeks".

They come to see things like the debut of Lockheed Martin’s F-35 Lightning II, the aircraft that zooms forward and then, spewing 18,000 pounds of thrust from its nose, comes to a standstill, hovering overhead like a spaceship. It seems to work with air like those jet packs that squirt humans into the air at the beach work with water.

And, they come to see things like the aerial ballet of the Airbus A380 superjumbo jet, the world’s biggest airliner. "Big Daddy," as it’s called, looks a little like an elephant in toe shoes as the pilot shows off its remarkable maneuverability for its size.

There are also fighter jets on display. And test planes that take off as steeply as a rocketship.

Speaking of space, makers, and suppliers of hardware, navigation, satellites, and communication equipment for space are also at the show.

If you miss anything or want to see something again, the airshow videos each day’s flying display, so you can watch again and again. 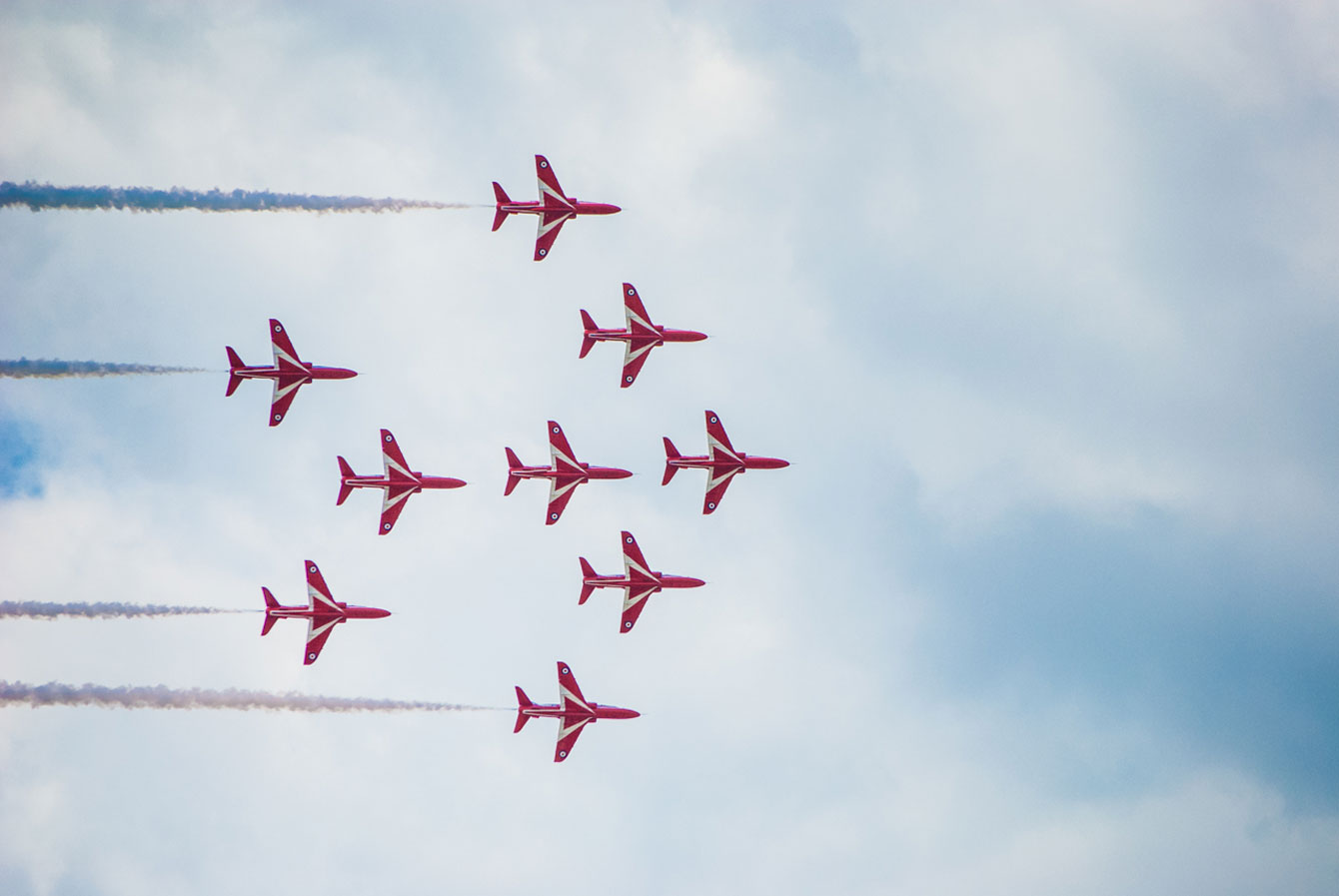 Business at The Airshow

Airbus and Boeing. Boeing and Airbus. The two manufacturers that usually battle for top sales at the show every year.

Despite worries by some that Britain’s exit from the European Union would affect Airbus sales – Airbus makes the wings for its aircraft in Wales – it still managed to edge out Boeing in sales, $35 billion to $27 billion.

Things to Know If You Go

Things to Do in Farnborough

Farnborough has been known for aviation since it was the location of the Royal Balloon School in the beginning of the 20th century.

It’s also where, in 1908, the first powered flight in Britain took place and where, in 1997, the first car went at supersonic speeds. In keeping with that aviation history, tourists often visit: